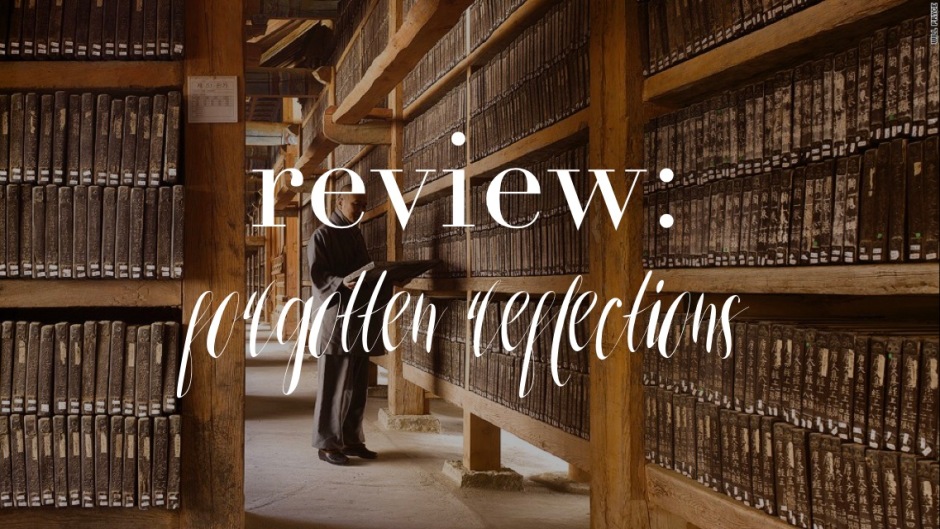 I had been in somewhat of a major reading slump recently, after my disappointment with ACOWAR and other recent young adult book releases. One fateful afternoon, I received an inquiry requesting a review for a novel called Forgotten Reflections, pegged as “a historical thriller set during the Korean War era [that] sheds light on the brave women who handcrafted hanji paper and made their mark on the unseen pages of Korean history. In the current international climate where North Korea takes center stage, Forgotten Reflections weaves a thrilling tale of family, lost memories, folklore and an unforgotten history, spanning three generations as South Korea rises from the ashes.”

I then read the following synopsis and fell half in love with the book right from the start. Keep reading and you’ll see exactly what I mean. Prepare yourself for one hell of a cultural journey. 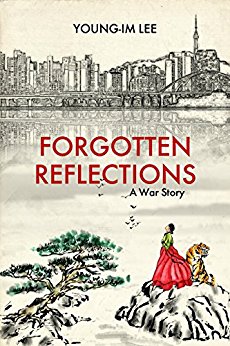 SYNOPSIS (Goodreads): DARE TO DREAM IN THE MIDST OF WAR. 1945. Rice fields seem endless in a quaint farming village of South Korea, yet Iseul and the villagers have been on the verge of starvation for as long as they can remember; the last of their Japanese colonizers have taken every last grain with them. In the newly independent Korea, Iseul dreams of what her future might bring. Yet, war is on the horizon, and the boy she has fallen for is an alleged North Korean communist spy. Amidst war, Jung-Soo and Iseul embark on a comic journey of self-discovery across the mountainous peninsula, as they are aided by the occasional appearance of figures from legends long forgotten. Music helps them pass the time, as does the radio and the crafty carpentry skills of Iseul who would eventually make history with her handcrafted hanji paper. Unexpected friendships are forged, love burgeons and betrayal taints their elusive dreams.

THOUGHTS: Forgotten Reflections, written by Young-Im Lee, is a powerfully poignant novel set in South Korea, during a particularly tumultuous time period remembered as the Korean War. There are occasional interjections that take place in the present, told through the narrator’s (Iseul’s granddaughter) point of view in a relaxed, conversational tone that almost seems to be beckoning readers to join the story.

I was totally cheering for young, fiery-tempered Iseul, who–excuse my language–gave zero shits that Jung-Soo was the son of a wealthy and influential politician who may have been a North Korean spy. She absolutely refused to simply accept his arrogance and proceeded to take him down a notch. After their rocky first encounter, the two eventually grow up to become great friends, along with a disabled boy named Yeong-Hoon, in Yeoju, a rice-farming province situated in the sloping valleys of central Korea. But when war threatens to tear apart the Korean peninsula, the trio’s happiness is disrupted, as Jung-Soo is conscripted into the army.

As history would have it, the war does not go well for South Korea. The army is worn down and short on supplies. Their American allies want to be home by Christmas. Jung-Soo, who loves tinkering with radios and guitars, and Dae-Gun, a friend he saves from the front lines, are reassigned to an intelligence unit, where they learn that the North Korean and Chinese armies are strategically poised to wage war in Yeoju, where Iseul still lives. Meanwhile, Iseul uses her knowledge of crafting and carpentry to create hanji paper for neighboring villages and soldiers in the South Korean army. She is wildly successful, and people begin mailing blank pages to their sons and husbands serving in the army, circumventing the severe shortage of paper. Worried for the safety of Iseul and his hometown, Jung-Soo desperately wants to warn her and the others living nearby to evacuate, knowing that the North Koreans and the Chinese may be headed to Yeoju due to rumors of a massive rice storehouse, enough to feed the two starving armies.

The character development was phenomenal, especially for Jung-Soo. I watched as he grew and matured from a spoiled, entitled child into a young man acutely aware of the world around him and his role in it. The plot was well-paced and never dragged. The drama, tension, emotion, all of it— was interwoven neatly together, creating this emotionally evocative masterpiece.

This fine piece of writing kept me at the edge of my seat, constantly worried for Jung-Soo and Iseul, and wondering if they would ever find each other again and start a new life together. I laughed at their banter and bickering. I almost sobbed my eyes out. My emotions were played again and again, and it was wonderful! My heart is full, yet it hurts because of the bittersweet ending that I won’t be spoiling here.

I actually finished this book a few days ago, but did not start writing this review until I sorted my feelings out in order. The novel really stuck with me over the last couple of days, and I’m happy to say that Forgotten Reflections is my first five-star read of this year.

Don’t be intimidated by the sheer size of this book. I promise you that every one of the 500+ pages are worth it. I consumed them all in one sitting because I just couldn’t seem to put the book down! Rarely do I see such a well-written historical fiction novel with a cast of characters from Asia. If you love modern cultural and historical fiction infused with elements of the bildungsroman genre, please, PLEASE give this literary gem a read!

Disclaimer: I was provided a copy of this book by the author, but this did not in any way impact the nature of my review and my original thoughts on the novel. (A big thank you goes to Young-Im Lee for providing me a copy! And for blessing the literary world with this beautiful book.)