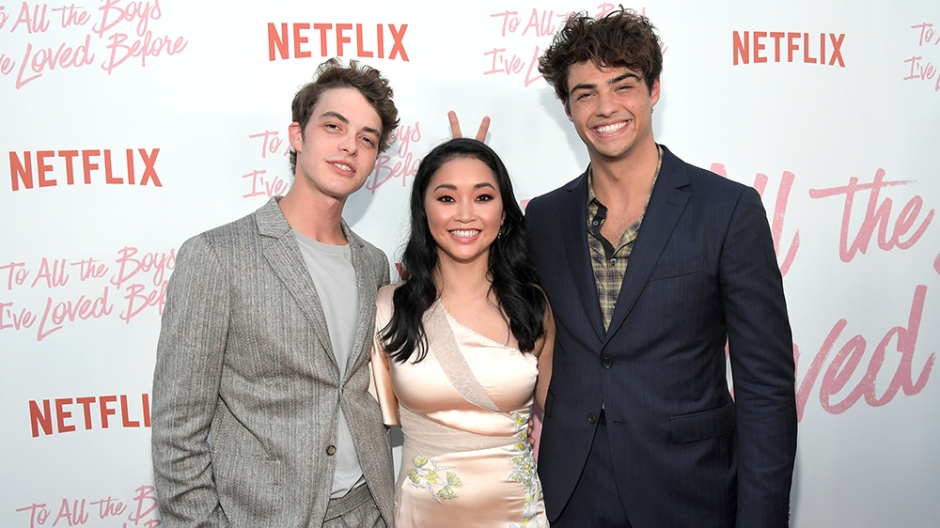 Me? In a young adult literature class? Does that even surprise anyone?

I must admit that before enrolling in this spring semester class on young adult literature, I had previously never read To All the Boys I’ve Loved Before by Jenny Han, despite all the hype and rave reviews that I saw throughout the online book community. The closest I got to better acquainting myself with the storyline was watching the Netflix adaptation starring Lana Condor and Noah Centineo at like 2am with my best friends. (I know, I’m absolutely AWFUL—who does that?! The book is always better, right?) It was definitely cute, but I still don’t think chick lit is the genre for me.

Anyway, for my final project in this class, I decided to put together a playlist based on the premise that Lara Jean creates a playlist for Peter Kavinsky. love, lara jean includes songs produced and performed by Korean artists, paying homage to Lara Jean’s half-Korean heritage, as well as songs sung in English.

for Peter K.—
This was originally supposed to only be about 15 songs long, but because I enjoy making playlists way too much, I might have gotten just a bit carried away…
love, lara jean

For the songs in English:
I Like Me Better is pretty self-explanatory. One of the most prominent lines in the song, “I like me better when I’m with you,” holds true for Lara Jean when she’s around Peter K. He inspires her to be the best version of herself!

Good Girls is inspired by the fact that Lara Jean has always been the definition of a “good girl” throughout her life. She doesn’t cheat, drink, smoke, or party, and she has a fierce love and respect for her family.

While We’re Young captures the sentiment and feeling behind young, new love. Lara Jean possesses a kind of naïve and optimistic outlook on falling in love with Peter K.

break up with your girlfriend, i’m bored pretty much sums up Lara Jean’s feelings about the whole Gen/Peter mess.

I Like U also has a self-explanatory title. Why Lara Jean just refuses to acknowledge that she likes Peter for the longest time is beyond my understanding, honestly.

SLOW DANCING IN THE DARK is such a major vibe. I can easily see Lara Jean and Peter doing exactly what the song title indicates.

Throughout the book (and the film), there were many instances of misunderstanding between the protagonists. Talk is a song about what they should have done in such instances.

Dancing With A Stranger…I included this one because I feel that at least at the beginning, Lara Jean doesn’t truly know Peter very well, since he’s been pretty far removed from her life thus far in terms of interaction. Before the start of the book, Peter was romantically involved with her former friend, Gen, who is prone to jealousy and previously kept a tight grip on him.

Better was included in this playlist because it reflects the kind of happiness that Lara Jean associates with Peter. It reminds me of the scenes in which he drives her and Kitty to school, and they have a delightful banter going between the three of them.

Day 1 ◑ …Actually, Peter isn’t Lara Jean’s Day 1 (I think that would be either her sisters or perhaps even Josh), but I still believe that this song delivers an important message about the ones who stay by your side and stand up for you.

FOOLS… “Only fools fall for you.” That’s probably how Lara Jean felt when Peter didn’t initially publicly deny the nasty rumors that Gen spread about her. As a result, she avoids him for the entirety of her winter break after the school ski trip.

Sucker could easily apply to either Lara Jean or Peter K. I find it so annoyingly cute (as trope-y as it is) that they like each other so much but refuse to see that they have something special together until much later.

For the songs in Korean:
Euphoria is exactly what its title promises. “You are the cause of my euphoria” is a line that resonates with Lara Jean when she spends time with Peter, though as stated above, she stubbornly refuses to admit it at times.

Trivia 承: Love plays with the idea that the act of loving is tied to that of living. It addresses the importance of self-love and self-worth, which is something that a lot of adolescents (like Lara Jean) struggle with.

Perhaps the “with” that should be inserted between “time” and “you” in the song title was lost in translation, but the overall meaning of the song definitely wasn’t. In the Time Spent You is a reflection on the longstanding friendship between two people. I included this song to acknowledge the fact that Lara Jean and Peter K. have known each other for years, long before the events of TATBILB started.

기억을 걷는 밤 Walk On Memories has such a dreamy atmosphere, enhanced further by the lyrics about walking with a loved one at dawn while reminiscing on past memories. Perhaps Peter and Lara Jean didn’t exactly take a walk at dawn, but they did have late night talks…

내일, 오늘 Tomorrow, Today questions the choices and paths laid out before someone. I feel like this could apply to Lara Jean in terms of her relationship with Peter. She’s initially confused by her feelings and doesn’t always know what she wants, especially with Gen in the picture, stirring up more trouble for her.

“I could make it better, I could hold you tighter.” The lyrics of Make it Right detail the desire to better relationships, much like how Lara Jean and Peter are able to mend their relationship after a falling out over Gen’s past relationship with Peter and her desperation to win him back.

Home can be a person, place, or feeling (or in this case, a song title). I think the addition of this song shows that Lara Jean and her family feel comfortable including Peter in their definition of “home,” given that her father and younger sister are so receptive to his presence in their lives.

Remember when that video of Lara Jean and Peter K. in the hot tub was posted all over the internet/instagram? The way Peter stood up for Lara Jean after that incident was so heartwarming and sweet.

Miss You is also pretty self-explanatory. Throughout the book, it’s evident that Lara Jean misses her older sister Margot and feels terrible about not telling her about Peter.

In this playlist, Hard To Love 나만 안되는 연애 comments on the emotionally complicated nature of Lara Jean and Peter’s relationship. Peter had just broken up with Gen and had a lot to deal with, and Lara Jean’s own love life became quite complicated after her love letters were mailed without her permission.

좋아합니다 i like you is about how there’s no going back once someone confesses their feelings to another. Once Lara Jean and Peter K. actually commit to each other outside of their trope-y but kinda cute “fake relationship,” well…the rest is history.

Thank you to the amazing facilitators and interns that made this class so enjoyable! Now that I’ve covered every song in the playlist with an explanation or description of some sort, I’m going to end this with some cute gifs, enjoy and good luck on finals! xx